What are the tricks for installing a new cable I just ordered from Roger?
I am able to remove both cups from the balls at the quadrant as well as at the pedal.
However, these two junctions look scary (see pics) 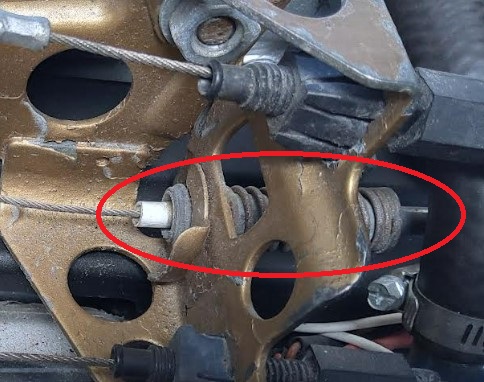 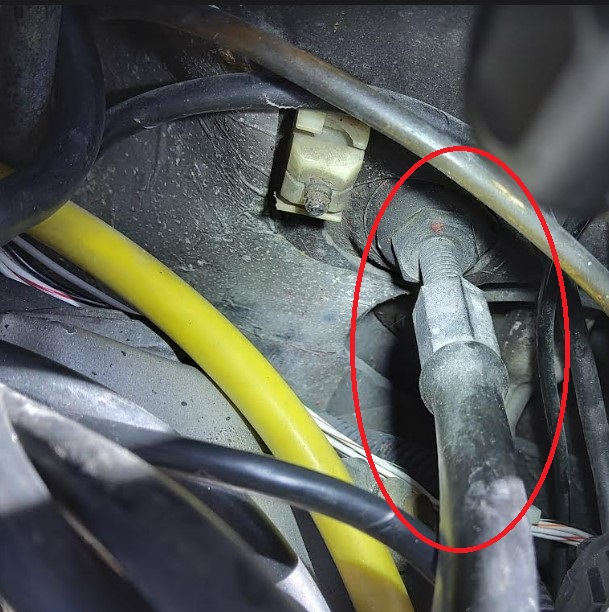 I think that when you get the new cable it will be obvious.

IIRC the firewall “junction” is just a rubber grommet. There might be a retainer on the interior side. Don’t recall.
Hanlon’s Razor: Never attribute to malice that which is adequately explained by stupidity.
Heinlein’s Corollary: Never underestimate the power of human stupidity.
The Reddit Conjecture: Sufficiently advanced stupidity is indistinguishable from malice.
Worf’s Razor: Never attribute to stupidity that which is adequately explained by laziness.
Worf’s Identity: Sufficiently advanced laziness is indistinguishable from stupidity
Worf's Law: Once you've mitigated risk from stupidity and laziness in your endeavors, failure is usually the result of insufficient imagination.