Yesterday while driving and revving it up in first I saw the light come on again. Not a good sign, drove 1 mile home and parked. This morning at about 40f temps outside and a cold engine I took the timing cover off and did a check on the tension.

It looks about where it should be. Pointer varies between the center of the window and on the front edge of the window based on how I hold it against the timing belt cover wall, but it doesn't appear to be too slack. Would like to verify I'm measuring it right. 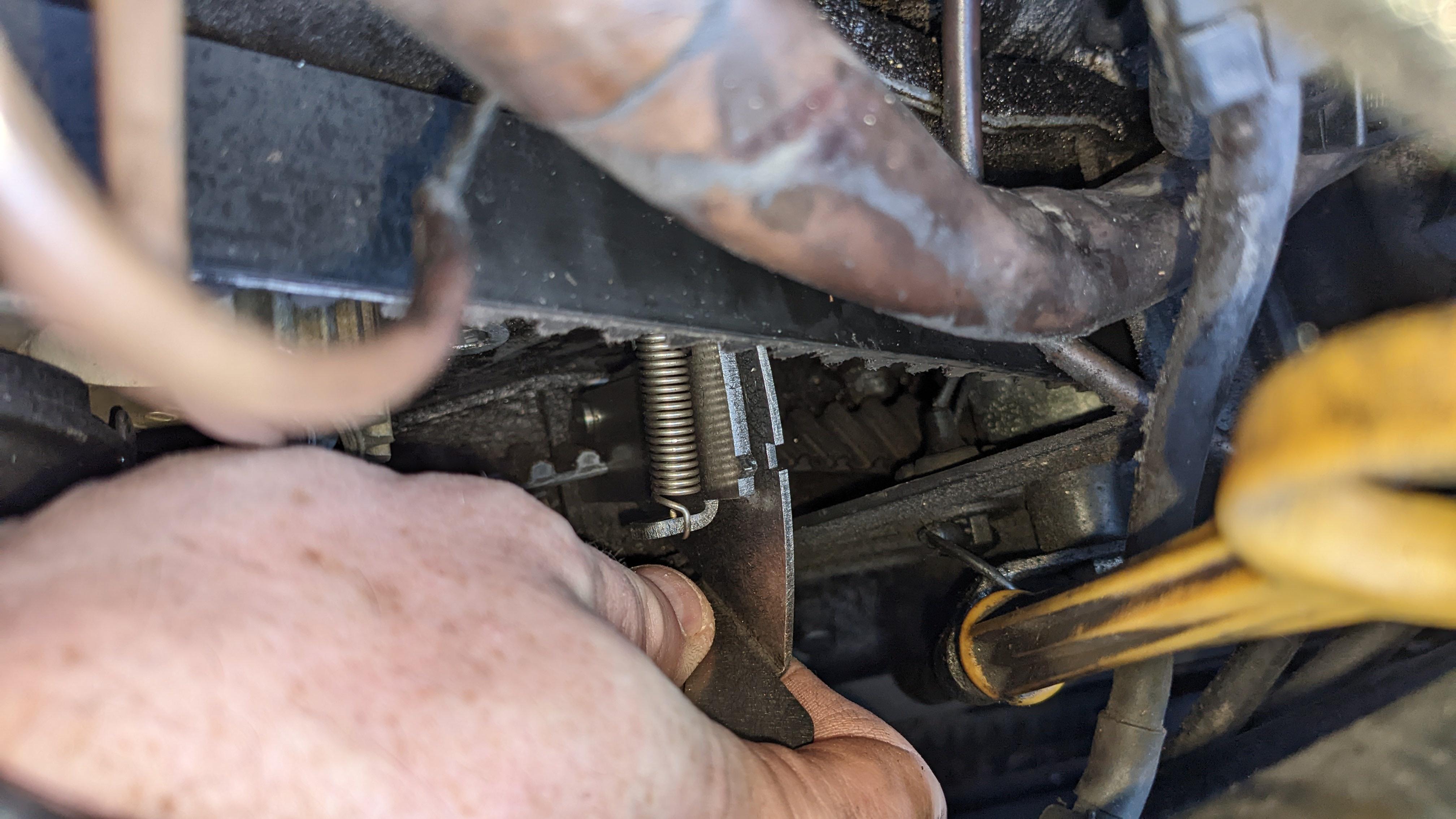 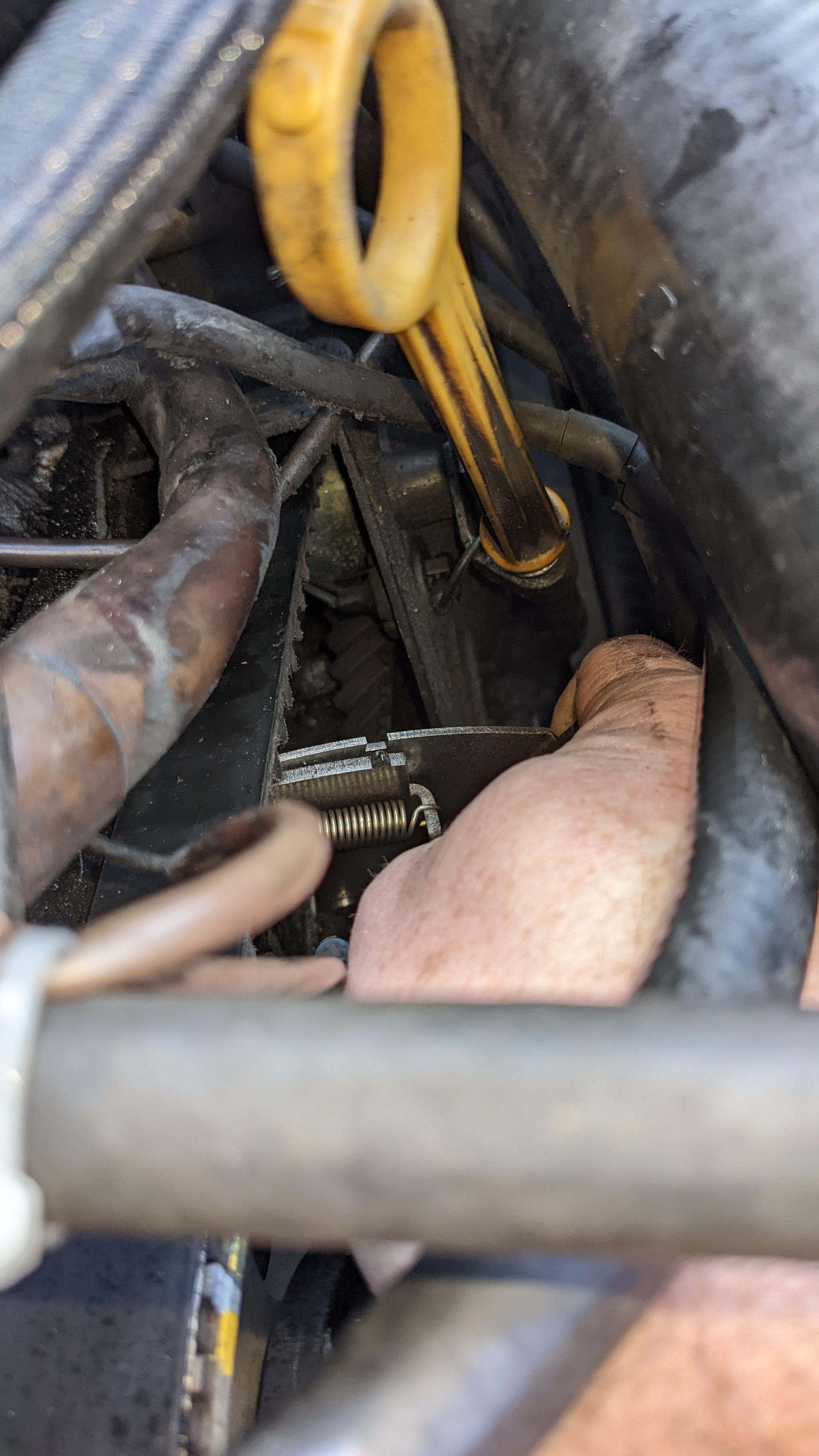 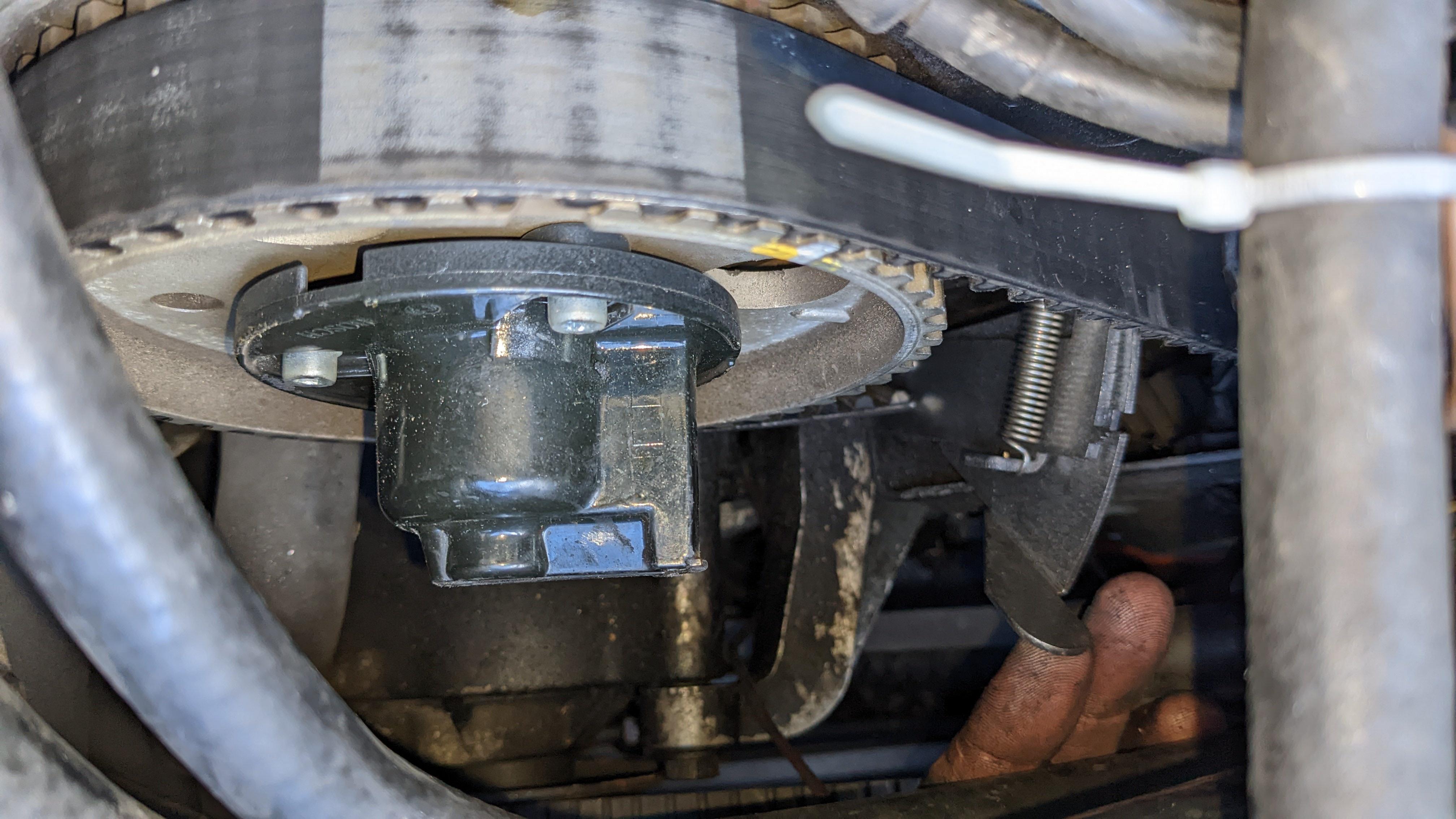 I'll get a mirror and check the tracking on the roller. Doesn't look like the belt is wandering on the gear, but will take a look before reassembling.

Another shot of the gear, I wonder if it's one belt tooth off (engine is at TDC measured at front pulley) or if that's just normal-ish. Can't tell where the cams are without pulling the cam tops, which is dicey on an 86.5.... (oi) 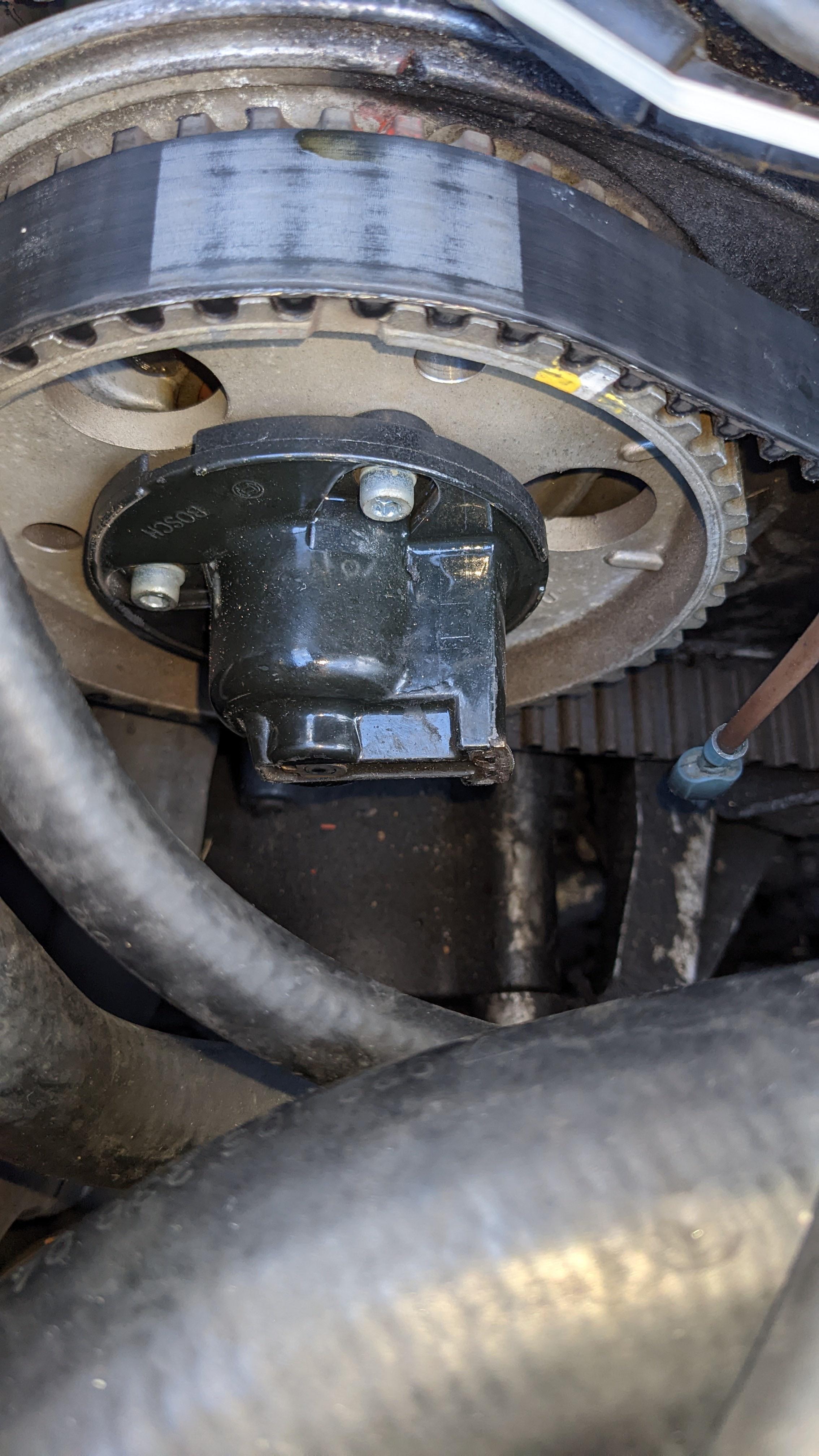 Belt tracking is a function of the crank gear, the water pump pulley and the main roller. If belt tracking changes it’s because one or all of those is not where it used to be. Most likely the water pump pulley is in a different spot than was the pulley on the last water pump. This, assuming that the pivot bolt for the roller carrier isn’t bent.
Hanlon’s Razor: Never attribute to malice that which is adequately explained by stupidity.
Heinlein’s Corollary: Never underestimate the power of human stupidity.
The Reddit Conjecture: Sufficiently advanced stupidity is indistinguishable from malice.
Worf’s Razor: Never attribute to stupidity that which is adequately explained by laziness.
Worf’s Identity: Sufficiently advanced laziness is indistinguishable from stupidity
Worf's Law: Once you've mitigated risk from stupidity and laziness in your endeavors, failure is usually the result of insufficient imagination.