By Geza-aka-Zombo  -  Mon Jul 19, 2021 2:21 pm
Quote
-  Mon Jul 19, 2021 2:21 pm #92574
Finally got the opportunity to study my spare intake manifold. With the assistance of my 12 year old daughter, we did some intake runner volume measurements. I was curious if there was any reasoning behind how the manifold was configured by Porsche. Runner volumes range from the high 300 to high 500cc's. This seems to be mostly a factor of space utilization. However, because the volumes do vary, each cylinder will have a slightly different resonant frequency, which would help broaden the torque curve.

The one design feature Porsche obviously included is the firing order relative to the intake plenum "suck side". Being a cross plane crank design, the firing order is such that 2 cylinders on the same side of the engine will fire in succession (1&3 and 6&5). Typically, that second cylinder is starved of air, because a neighbor just consumed a lot of what was there. Porsche configured the intake so inlet air is always pulled into the engine from alternating sides: Left plenum - Right plenum - Left plenum, and so on. This solves that starvation issue - Good job Porsche! 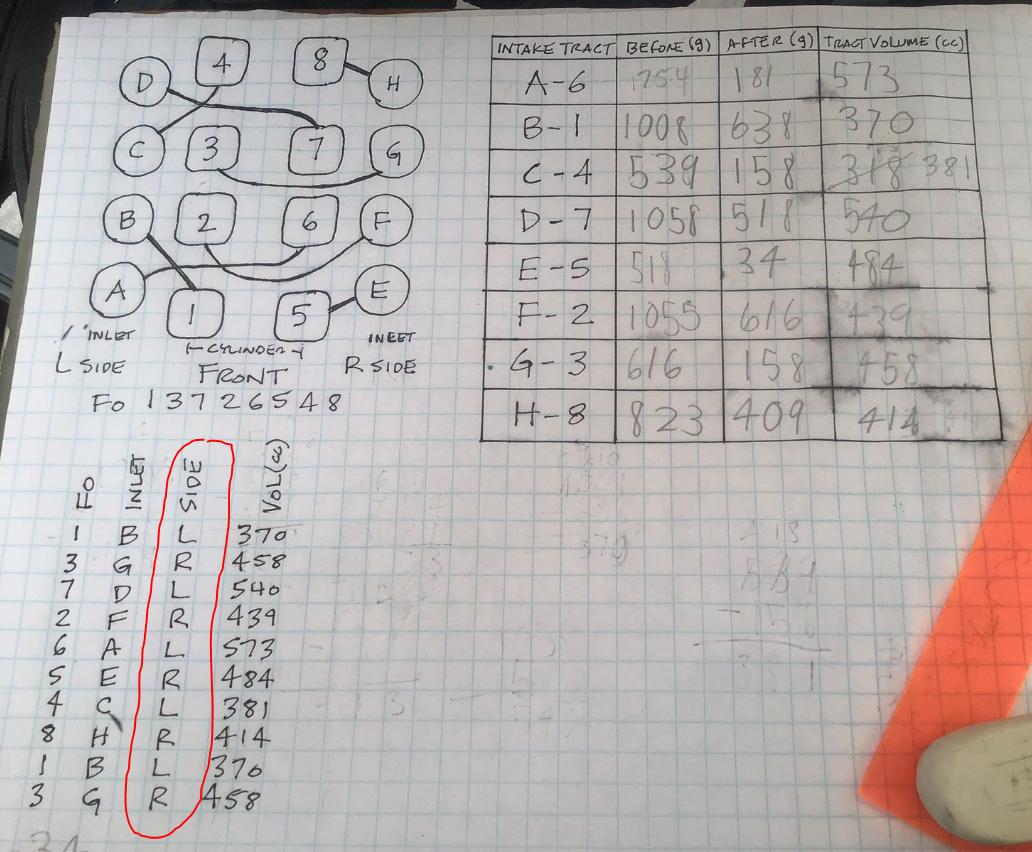