By Geza-aka-Zombo  -  Mon Jul 19, 2021 7:24 am
Quote
-  Mon Jul 19, 2021 7:24 am #92493
I've been troubleshooting my interior lights which, for the last few months only work intermittently. Jiggling the light timer relay in the fuse panel gets the lights to work, or not. Did a continuity/voltage check on each of the terminals in the fuse panel; all the connections yielded solid readings (no intermittent there). With the lights working, I pushed a pin switch, and the lights timed down and turned off as expected. Released the switch, no lights. Concluded it's the relay.

Opened it up - one of the terminal connections was "broken" - doesn't look like it was ever soldered during assembly, or soldered very poorly. A bit of solder, and now everything works as it should. Saved >$150 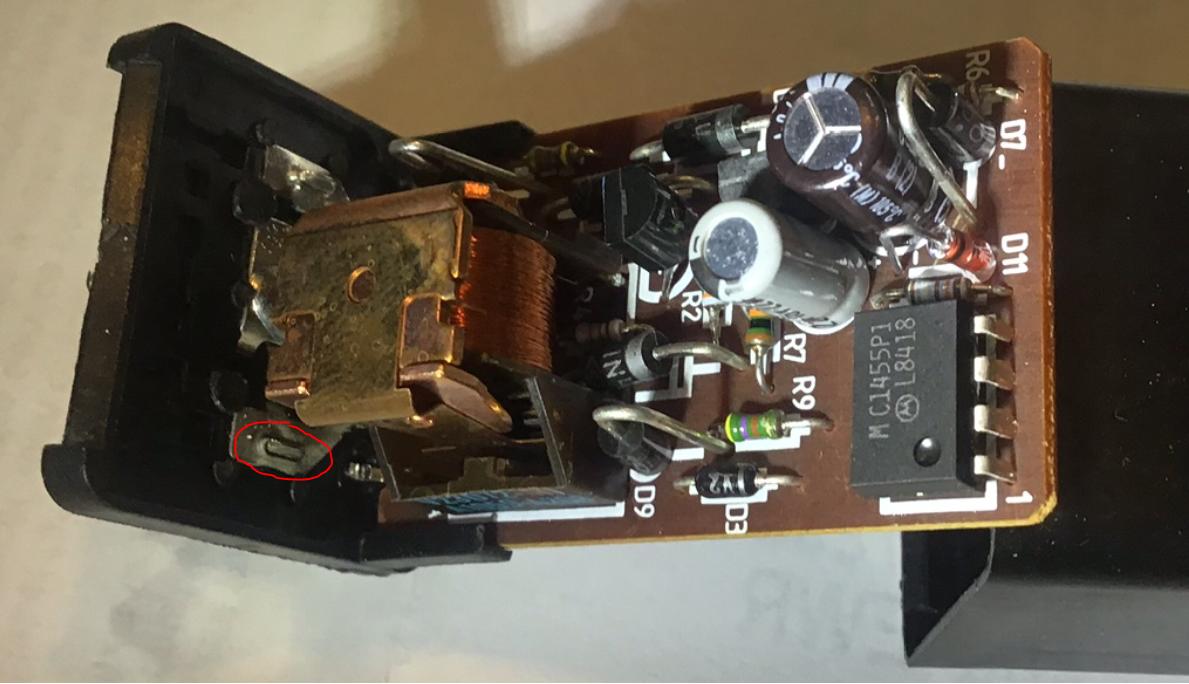