During my intake refresh I found a couple of the small hard plastic vacuum lines had been melted off at some point in the past. I thought maybe repairing that stuff would bring the idle down closer to 700. When everything was back together though my idle was closer to 1000 - 1200 depending on engine temp.

I spent quite a bit of time using a smoke tester on the intake and did track down a couple small leaks, including the throttle body shaft, but got that all sealed up tight. I'm fairly confident that there are no vacuum leaks to the atmosphere.

What I eventually found was that pinching off the vacuum line from the oil filler neck to the plastic T fitting with the tank evap system and intake manifold T brought the idle back down to 800-900 again. I removed that hose and capped off at the oil filler neck and the plastic T and have driven the car around a couple weeks like that and the idle has been rock steady at 800-900 still as it was before the intake job. Not sure that's a great long term solution though. 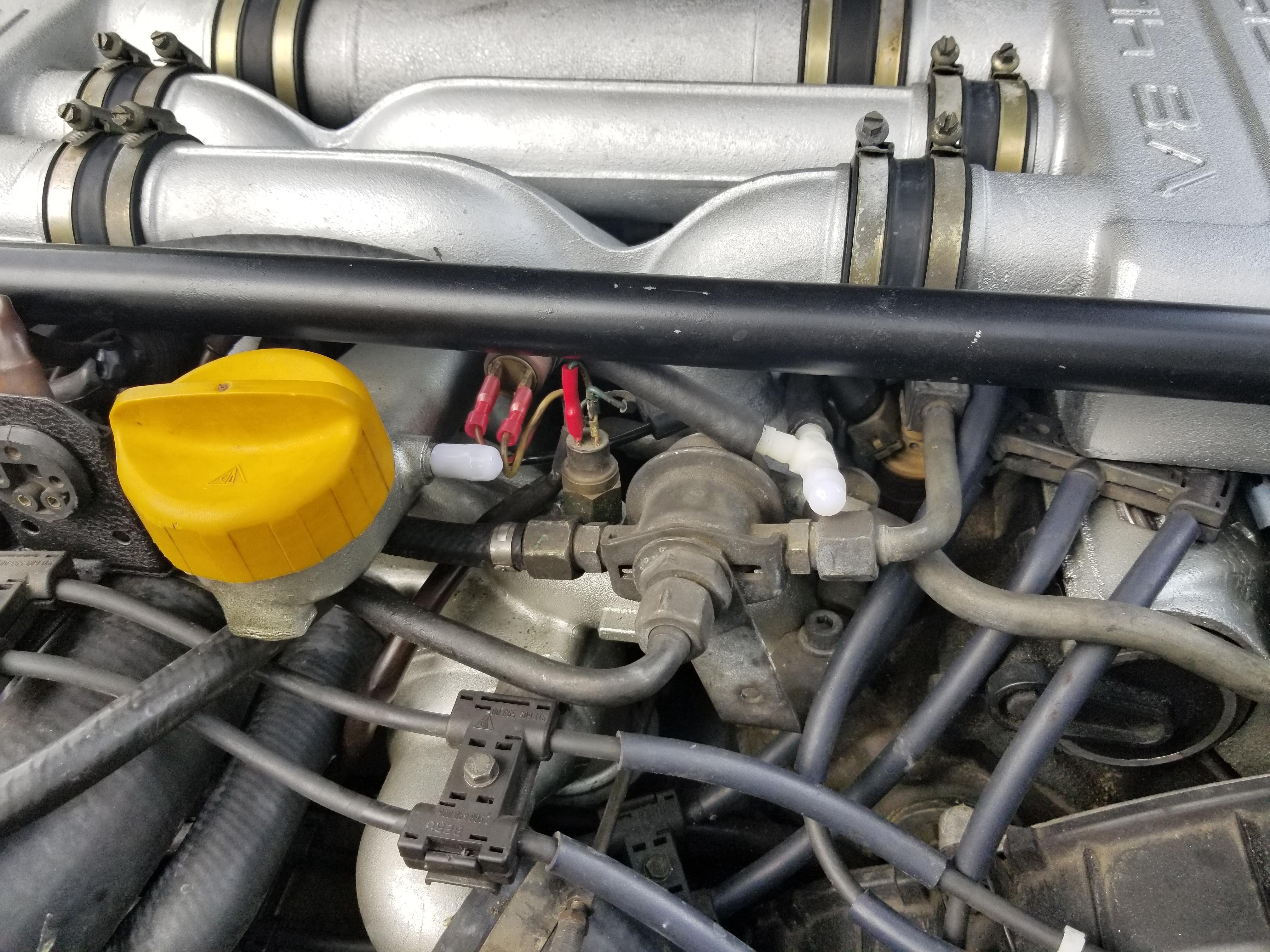 Seems as though that line connected to the oil filler is drawing in quite a bit of air through the oil filler and cam covers from the elbow between the intake and throttle body. Not sure if there's supposed to be something restricting that flow or not (the spring loaded valve is still in place on the one hose at the oil filler). The restricted passage in the plastic "T" fitting I've capped appears to be towards the tank ventilation system. 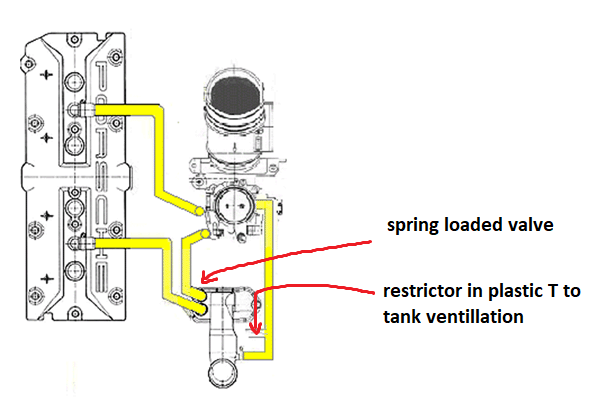 All of the hoses are connected back in the same way as they were before, so I'm baffled as to why it's causing a high idle now but wasn't a problem before. Anyone know what I'm missing here?
-Matt

Re: crankcase venting and high idle#90795

FWIW, if the vent line is capped/plugged the tank will just vent behind the rear bumper.

Re: crankcase venting and high idle#90799

Re: crankcase venting and high idle#95777