Pulled my driver side door arrestor and am replacing it with a new one. What type of grease should I use on the new arrestor? I'm tending to think something thin like a heavy duty silicone lube or white lithium. Those who know better, can you steer me right?

By the way, here is a picture of the old and new arrestors to illustrate how worn the old one had gotten (it did not stop the door). 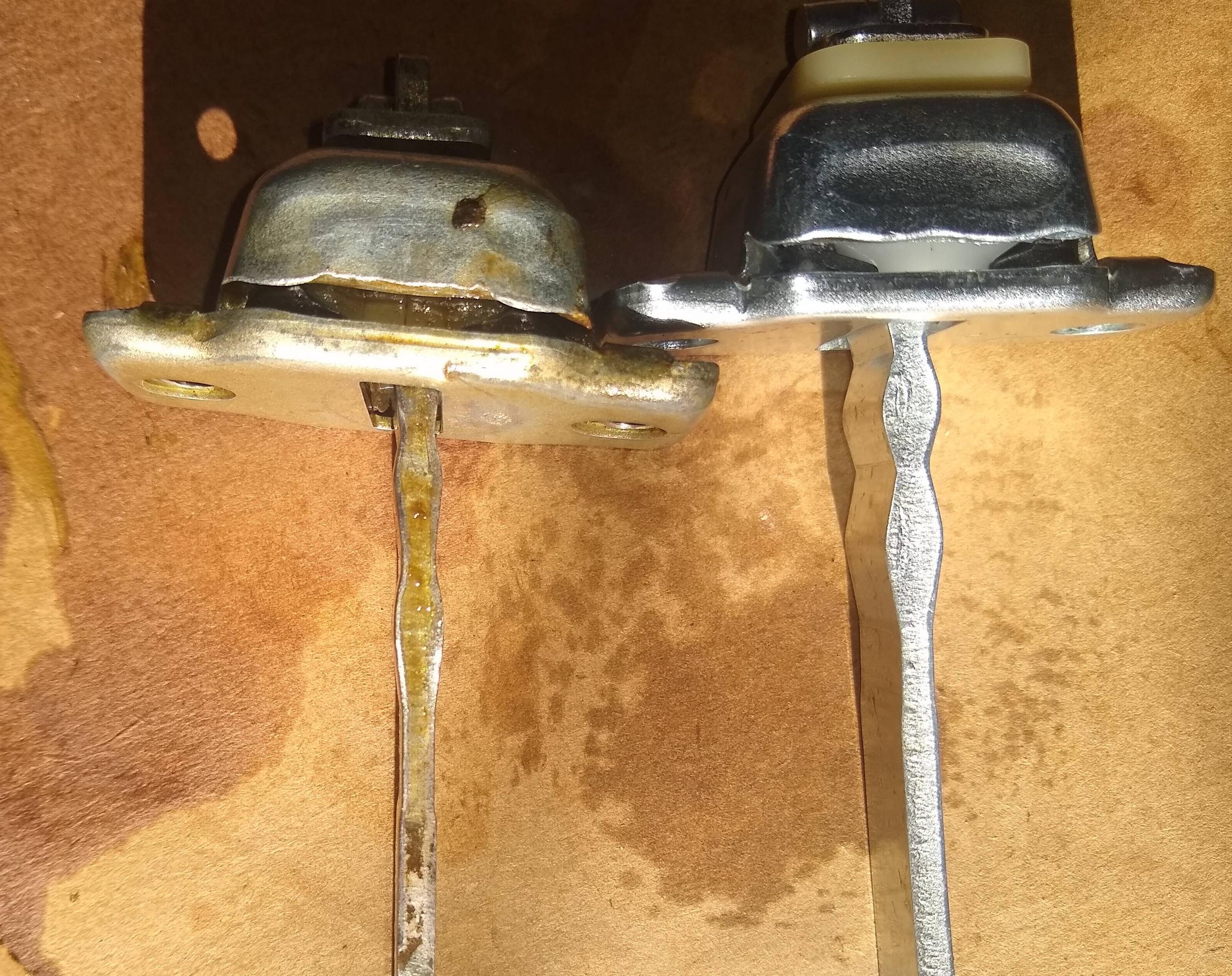 By worf  -  Fri Jun 04, 2021 2:25 am
Quote
-  Fri Jun 04, 2021 2:25 am #83826
I use Porsche’s high pressure grease. Same stuff as for the clutch.
Addlight liked this
Hanlon’s Razor: Never attribute to malice that which is adequately explained by stupidity.
Heinlein’s Corollary: Never underestimate the power of human stupidity.
The Reddit Conjecture: Sufficiently advanced stupidity is indistinguishable from malice.
Worf’s Razor: Never attribute to stupidity that which is adequately explained by laziness.
Worf’s Identity: Sufficiently advanced laziness is indistinguishable from stupidity
Worf's Law: Once you've mitigated risk from stupidity and laziness in your endeavors, failure is usually the result of insufficient imagination.