Anyway he spent a LOT of money making it right, here's the details:

Text Snippet
Over seven years, Derek Spratt poured tens of thousands of dollars in parts and 12,000 hours of labor into creating his vision of an ultimate first-generation Volkswagen GTI. Then he gave it away, selling the car for a fraction of what he put into it. On the surface, it sounds like one man's obsession descended into madness. But it's not. This car is a gift.

“I guess that's why I ended up documenting all of it,” Spratt says, “When I'm dead and gone, I want all that effort to be accessible to other people. So many people became part of the project—somebody even sent me a dashboard. Giving back to the community became part of it.”

You hear the car before you see it, a high-compression 16-valve engine, bored out to 2.1 liters and fitted with a high-overlap cam. It's not loud, just assertive, a deep grumble carrying on the still mountain air before a little silver hatchback pops into view.

Pulling up, it looks flawless, Giugiaro's masterpiece burnished in gleaming silver. The original Rabbit GTI's design has aged beautifully, all crisp angles and folded steel and an asterisk of a fuel cap. It is a people's champion, unmistakably Germanic yet playful, an original Mini Cooper with Kraftwerk's Autobahn for a soundtrack.

But almost nothing about this car is original other than its shape. The chassis is reinforced, the hood and hatch are carbon fiber, the factory-look 14-inch wheels hide four-piston brakes, the exhaust muffles 220 all-motor horses breathing through individual throttle bodies. The suspension is custom, built around KW V3 coilovers, Bilstein strut mounts, and Eibach springs. The transmission is from a Mk2 GTI, torn apart and hardened. The steering rack is a quick-ratio unit from Quaife. Even the bumpers are custom-made.

Spratt documented his build in more than 180 videos, as well as a 122-page "manual" explaining everything he learned as he went. He still receives emails from as far away as South Africa and Finland, Mk1 owners asking for help in getting brake proportioning correct, or looking for advice on suspension setup.

But to begin to understand the level of insane detail to which Spratt honed his dream, you merely need to grasp the GTI's steering wheel in your hands. Spratt took a factory plastic Mk1 wheel, ground it down, added a thin layer of dense foam, and wrapped it with Italian leather. It's exactly the same dimensions as the original wheel, but now far nicer. Then he took the rack and pinion steering in and out of the car six times, chasing a more perfect on-center feel.

An electrical engineer by training, Spratt has a deeply interesting car history. A 1984 Rabbit GTI was his first new car as a university graduate, but he's also had everything from a MkIV Toyota Supra to a supercharged Dinan BMW 540i to a 1400-hp Chevrolet Chevelle drag car to a track-special Radical SR8-RX. In the 1980s, he bought a brand-new Fox-body 5.0-liter Mustang and ended up tearing the engine apart in his basement and having chassis reinforcements welded in. That car ran the quarter-mile in the mid-13 second range and pulled more than 1.0 g in corners at the old Westwood track.

But Spratt's long-missed GTI—fitted with 15-inch Ronals and dropped on Bilstein springs and shocks—was the one that spurred this most ambitious of projects. Starting in 2012, he began chasing the idea of creating a Mk1 GTI that could outrun a modern sports car while retaining a factory look.

“I always say, if you're into experimenting, you'd better be prepared to fail. A lot of the cost of the build was me having to continually tear things apart and start over. But I think the humility of that was good for people to see. Let people see you suffer.”

This is what that suffering hath wrought. Settle into the factory-looking Recaros, draped in period-correct striped fabric like a Lufthansa airport shuttle. Slot the short-throw shifter into first, release the clutch, and let the little car roll off the line, the individual throttle bodies beginning to snort as the rpms rise.

If the original GTI was a peach, then this thing is high-proof Schnapps. It's a distillation of that early hot-hatch ideal—balanced, eager, but faster, more composed. All that work on the rack and pinion has paid off in steering that's incredibly quick and direct. The engine note is gruff, growly perfection, not overtly loud yet distinctly Volkswagen.

In the hands of Kees Nierop, an ex-Porsche works driver who once won the 12 Hours of Sebring in a 934, Spratt's GTI lapped the admittedly tight confines of Vancouver Island's Motorsport Circuit faster than a 718 Cayman S. De-catted, in track trim, the GTI pits 240 hp against just 1800 lbs, and is quick enough to embarrass a great deal of modern machinery.

However, Spratt's vision wasn't for an uncompromising track special. His twin-Hayabusa-powered Radical build had already scratched that itch. The original GTI was always supposed to blend daily-driver hatchback practicality with nimble fun, and this Ultimate GTI delivers the same, with a well-sorted suspension and perfectly acceptable cabin noise. Also niceties like electric windows and a clever air-conditioning setup. This is emphatically not a Mk1 GTI turned up to 11. The experience is high fidelity, not high volume.

It's also more fun than a half-tame bear cub wearing lederhosen. The Ultimate GTI wants to wrestle, and its teeth are sharp. Razor-quick steering, snappy throttle response, and a stiff chassis combine for a tiny ball of muscle that's an endless delight.

It's as if the dreamy fuzziness of nostalgia has been replicated here, a car that drives the way the distorted memory of youth tells you it did. It's all the charm of a first-generation GTI, none of the flaws. Spratt and his son drove it from British Columbia to California, more than a thousand miles, recreating a road trip they did 35 years ago. The GTI never let them down.

Today, the Ultimate GTI is in the hands of Matt and Amanda Willett of North Vancouver. Spratt wanted the car to stay local, so he could pitch in as a technical adviser if needed. He also wanted his car to go to someone who would appreciate it. They're lovely people, the Willetts, Volkswagen fans with a Mk1 GTI in their past too.

“Mine was silver, like this one,” Amanda says, recounting cross-town dashes in the 1990s. “Pretty rough too, but it was freedom to me. My parents really did let me drive around in a bit of a deathtrap.”

“She drove it with three hands,” Matt teases, “One on the wheel, one on the shifter, one on the horn. We see ourselves as sort of curators of Derek's vision here.”

If you'd like to replicate something approaching that vision, Spratt's blueprint will let you do so for far less money than his trial-and-error method required. You could also focus down on one aspect of the build, copying his suspension ideas but putting together a milder eight-valve engine under the hood. If you get stuck, you can always just email him. He's happy to help.

His next project is building e-minibikes, an electrified version of the banana-seat 1970s phenomenon. Then he wants to buy a Tesla Model3 and set it up for track work, which he'll again document via a video series. Given what he was able to do with a hopped-up 1983 hatchback, I know many people will be eager to see how that last one turns out.

All-in, Spratt's GTI cost closer to $200,000 when you factor in the costs of tools. He could have easily bought a modern 911 and just driven it around and enjoyed himself. Instead, he invested himself into his passion, something that should be relatable to any Road & Track reader, whether you've just shelled out for a new set of coilovers or a novelty British Leyland mug with the handle mounted inside the cup.

Before he put the car on the road, Spratt had it certified at Weissach, a local Porsche specialist. The mechanics clustered around the car, along with a 918 owner who was waiting for his car to be serviced.

“I think they all saw themselves in the car,” Spratt says.

And that is the gift. The Ultimate GTI is for everyone.
XR4Tim liked this Anyone remember the old R&T article where a GTI was split in half - long ways and 928 running gear and interior was added?

I wanted one so badly back then. Owned a few
later versions. Great drivers for the $$.

Latest is a 2017 Sport. Might be the lowest mileage example in the country with 1100 miles. Best $20k driver I’ve owned, and I’ve owned 2 identical copies. 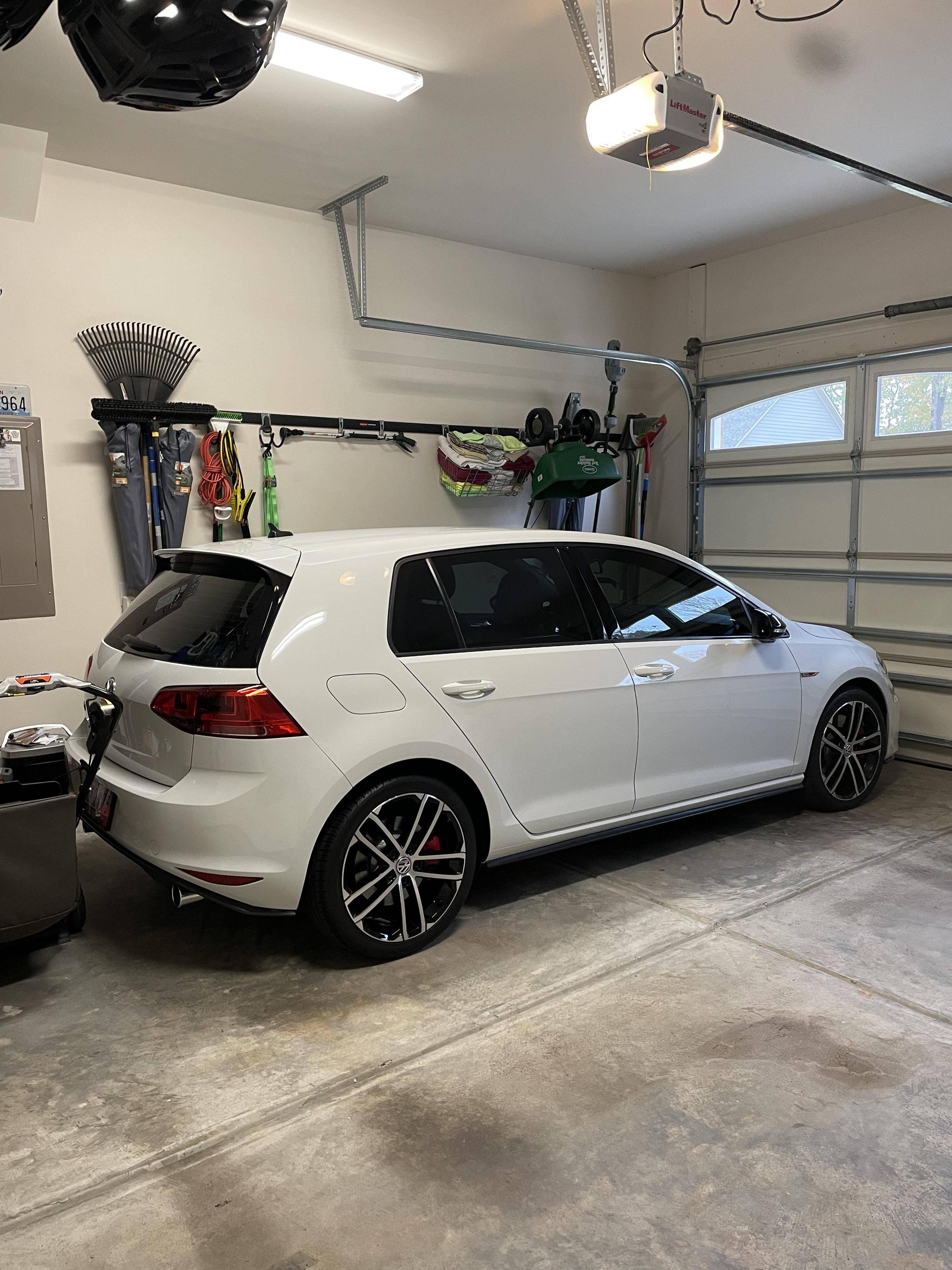 I wanted one so badly back then. 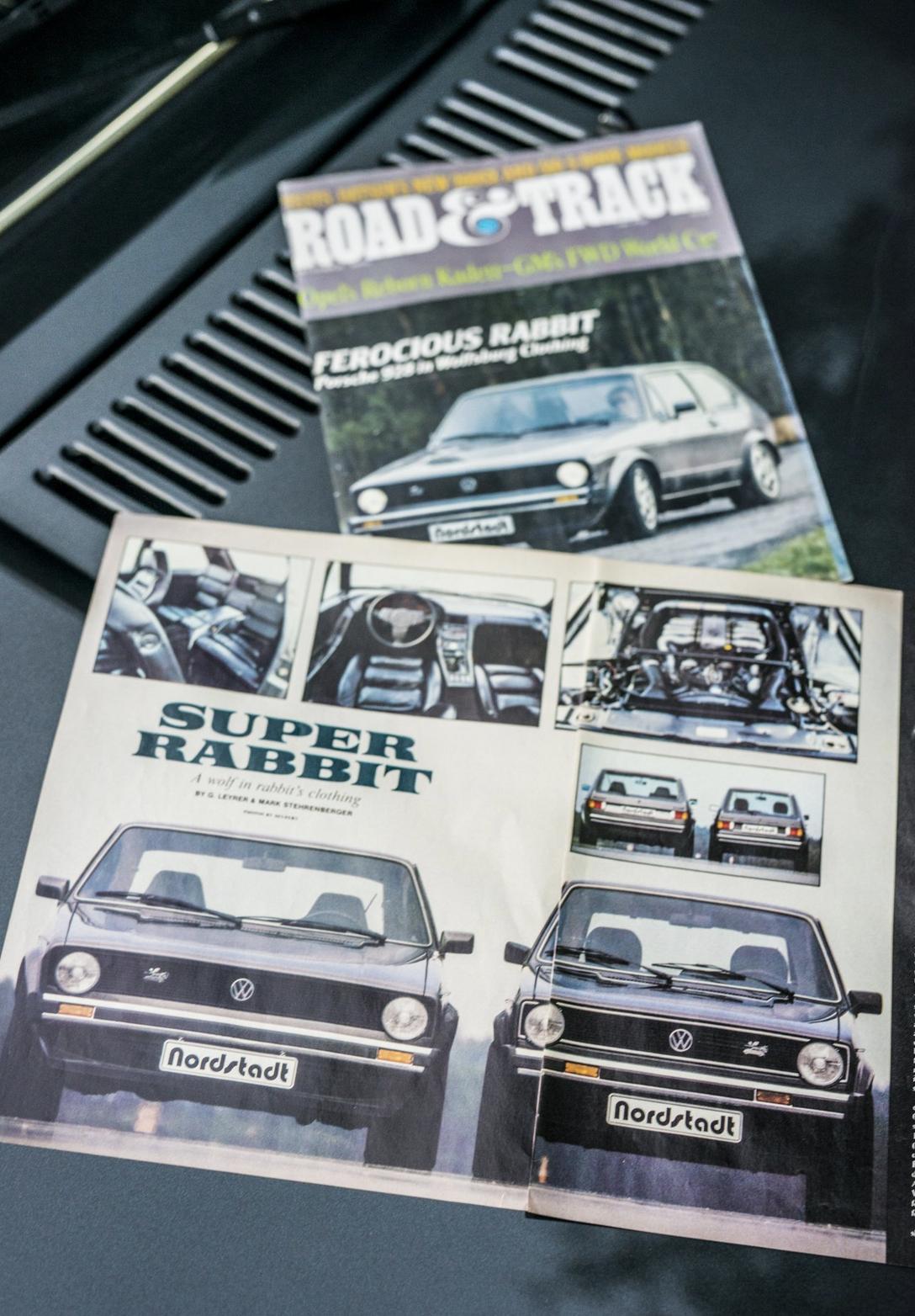 (My only claims of expertise are that I can drive a car with a manual transmission and eat rice with chopsticks, and not at the same time.)

"Everything the State says is a lie and everything it has it has stolen." - Friedrich Nietzsche (1844-1900)

"Men, it has been well said, think in herds; it will be seen that they go mad in herds, while they only recover their senses slowly, one by one." ~Charles MacKay (1814–1889), Extraordinary Popular Delusions and the Madness of Crowds, 1841.